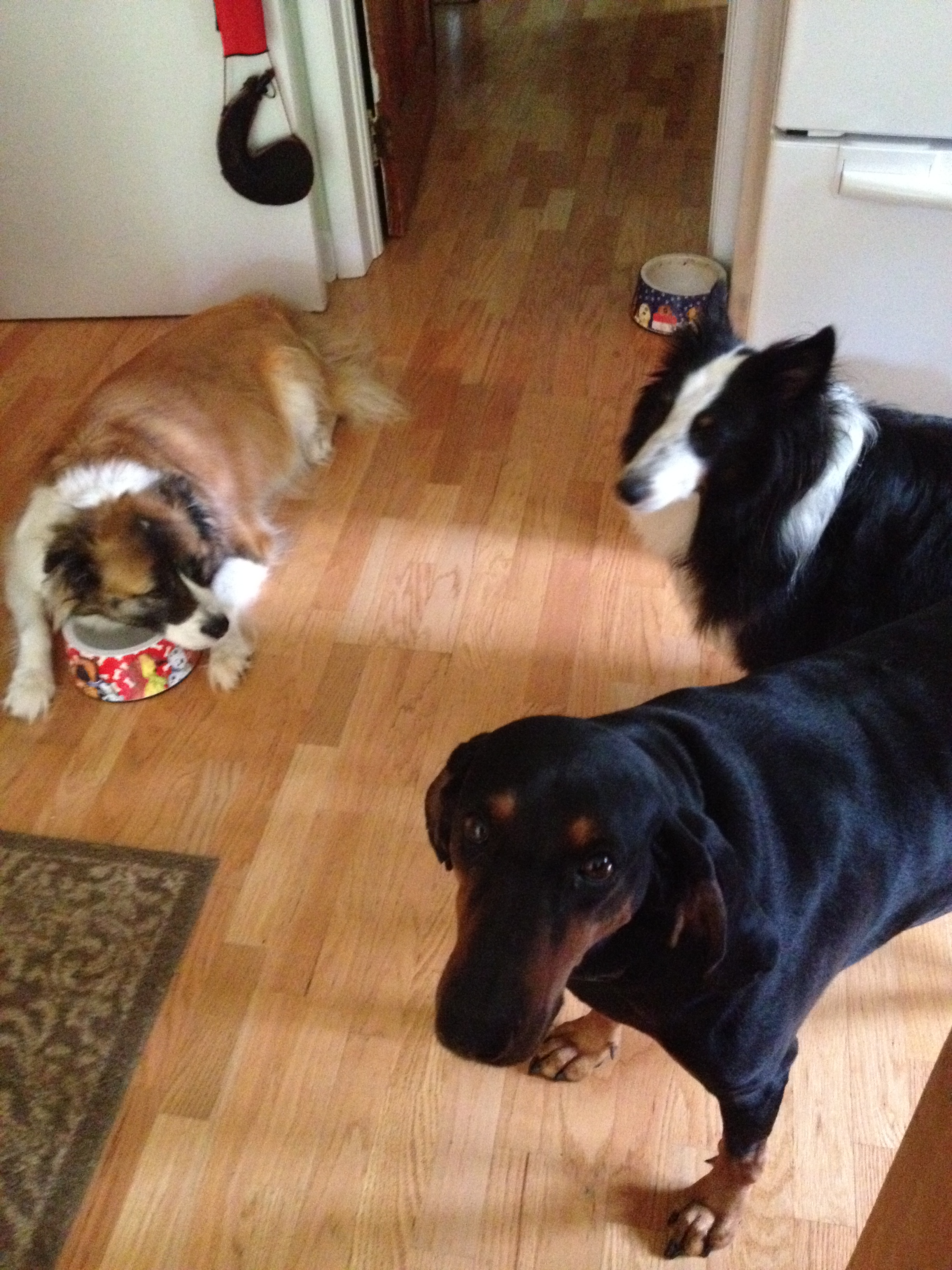 There’s an Empty Bowl in the Empty Nest: When a Furbaby Passes On to Glory

This week, after losing our floppy-eared hound, Single Stare Sadie, our empty nest became extra quiet. Sadie was the life of the party. She could howl like a master coon dog, chase squirrels in complete glee, and pose royally like the queen of our menagerie.

I’ll speed through this so I won’t mist up. Six months ago, Sadie survived kidney cancer surgery and months of chemo as we watched her progress in utter amazement . She was the perfect, perky patient. At only eight years old, we figured she’d be with us for years to come.

Suddenly last week, she started sleeping more and losing control of body functions. Her ability to walk came and went, sometimes picking her feet up like a Tennessee Walker, not her normal gait. Other times she fell uncontrollably, drunk-like, but remained determined to get back up. She was first treated for pancreatitis and perked up with IV fluids, entertaining people at the animal hospital with her “I feel better” howling. Once home, she ate as normal but went to bed soon after. I checked on her an hour later and, again, she couldn’t lift her head nor walk. I assumed it was a stroke as her body was completly out of control.

After many trips to and from the hospital, the vet said it was most likely a stroke or cancer metastacized into her brain. Sadie passed away in our arms in the most peaceful manner possible before sunrise. In a softly lit room, on a fluffy blanket with folks who love her, she was at last comfortable.  At the animal hospital, the “Comfort Room” as it’s called, provided a perfect place for easing all of our pain.

As I said, our nest became quieter. Sadie’s bowl and bed, empty reminders of who was missing. We’d grieved her situation while she was alive and I thought I had nearly used up my tears. I was wrong. Our other two dogs missed Sadie also. Things were different during naptime without her lying against her border collie-Saint bernard sister, Mandy, or outside chasing squirrels with her sheltie brother, Remy.

Our empty nest could have been unbearibly quiet except for our granddog, Tucker, who came for an extended visit the day before. Surprisingly, the timing of Tucker’s visit has been a God-send. He is sweet and goofy and a welcome sight to his best buddy, Charlie, our other granddog who came for a visit on our first night without Sadie. The busy little puppy who used to chew up everything in his path, has matured and is now content to snuggle, chase his blue ball, and chew his bones instead of the furniture.

Sadie can never be replaced, no matter how many dogs we love. She was a one and only. I must admit, having Tucker around keeps me busy and helps dull the sadness with his smiles and energy. He got to say goodbye to his pal, Sadie, who was one terrific friend. I’m so grateful for the time we got with our sweet girl and miss her dearly. I’d better go now. Tucker brought me his ball.

19 thoughts on “There’s an Empty Bowl in the Empty Nest: When a Furbaby Passes On to Glory”