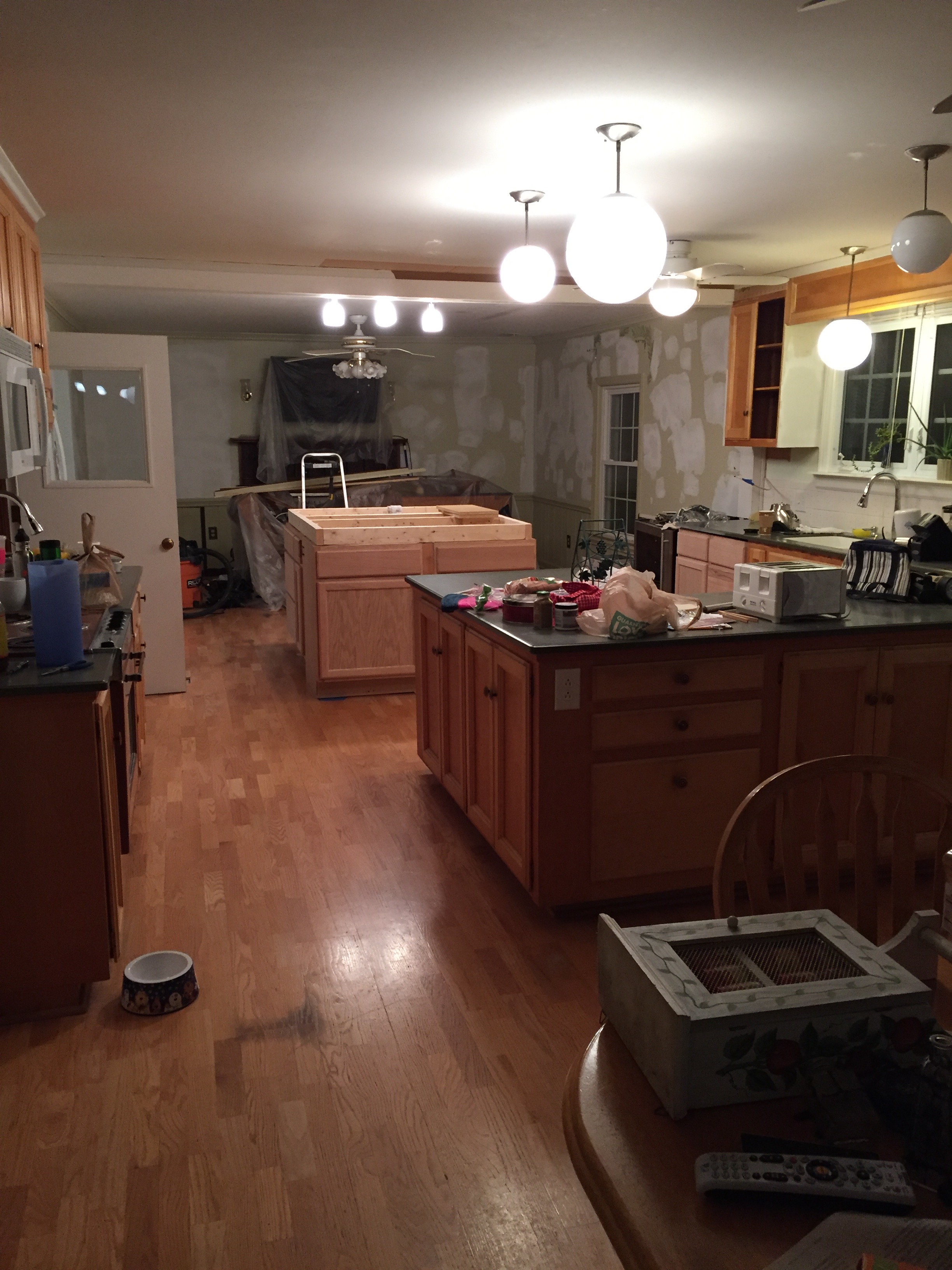 And Then There’s Remodeling, Pt. 1

And so it begins

The wall’s really coming down

Until you’ve tried it, it’s difficult to fully understand the revelry awaiting your senses. Remodeling is a life-changing experience, for occupants and for the house.

The clean aroma of fresh-cut lumber inside the house says, After all these years spent talking about this job, we’re finally doing it.

The tinny scream of power saws, whining from high notes to low, starts out as music to the ears. And though it soon pricks both human and canine ears, driving us to the far side of the house or even outside, the sound means, It’s really happening.

A layer of white sheetrock dust settles on every possible surface in the house. Even those in rooms far from the plastic curtains hung to hamper the in-home dust bowl. Truly dust so thick you can write in it with your finger.

The guest room bed holds most of the contents of unloaded bookshelves as well as household items left temporarily homeless. The dishes, pots, and spices displaced by cabinet construction are visual mountains of mess, cluttering table and countertops. But we do have to cook at least a little bit and eat once in a while, regardless of the mess.

Then there’s the question of taste, both the buds on the tongue and the ideas in the head. It’s the latter that worries me. Is the granite top for the new island the right color? When I texted my husband two photos of granite to choose from, he texted back, “The first one.” I liked both, so I ordered the motley one with what I call little bird feet throughout. Once home I showed him the picture and he said, “That was the second one. I said the first.”

After comparing our texts, of course the photos were in reverse order on his phone. His first one was the beautiful swirly pattern that I originally liked best until he picked what I thought was the motley pattern. I hope this miscommunication led to the best choice for the island top we are meant to look at for the rest of our mortal lives. That’s only another half century at the most. I’m sure it will be fine. Won’t it?