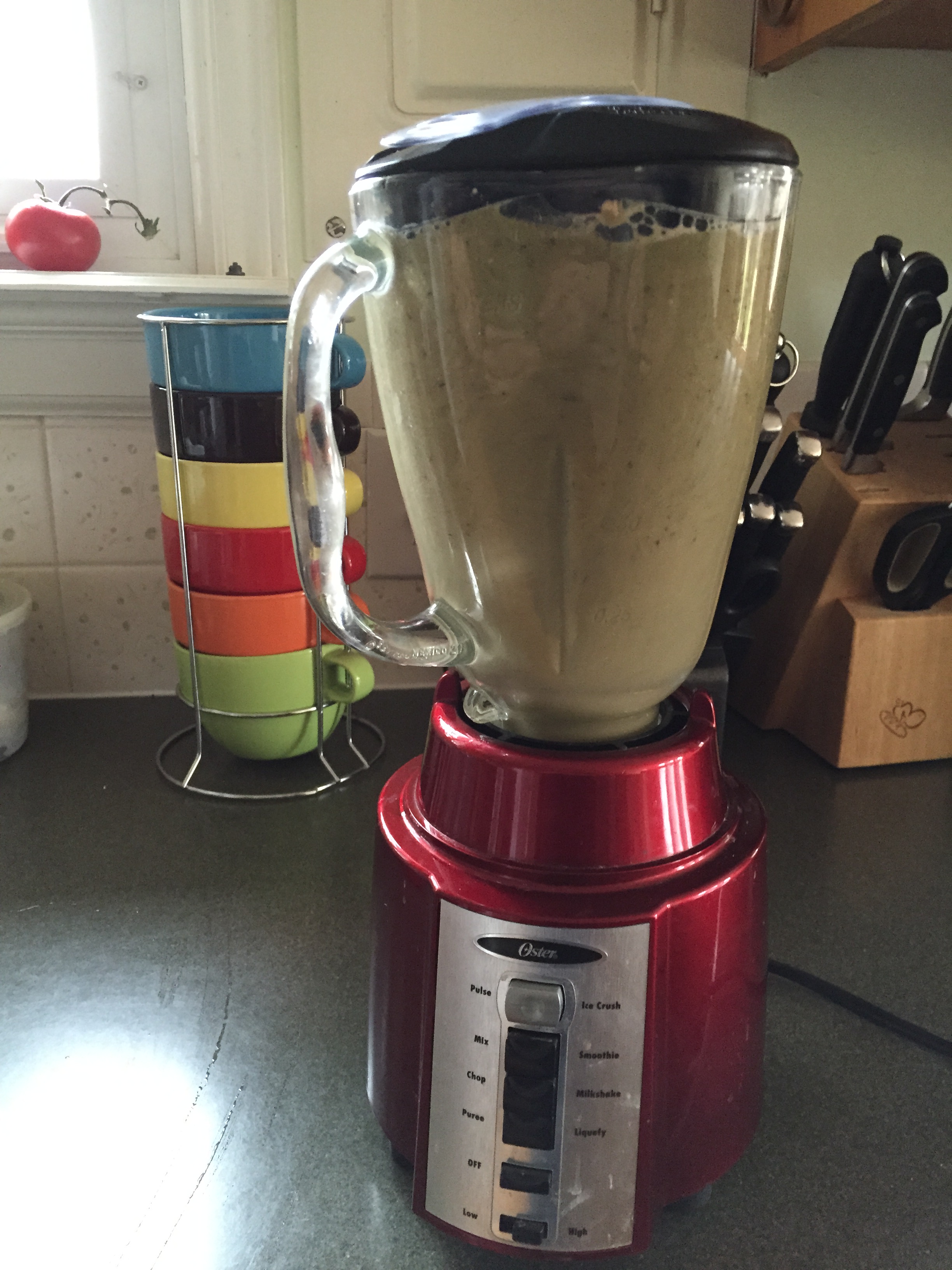 Dang that’s a good one. Not long ago, while chewing my first smoothie I knew something wasn’t quite right. In a valiant attempt to regulate my cholesterol and triglycerides, I added a cartload of new foods to my diet. New, to me at least. Being southern born and fed, I enjoy eating all kinds of greens, like collards, turnips, and kale which lots of folks wouldn’t touch for fifty bucks. Our family even grew them in our garden for a couple of decades. That was before new neighborhoods popped up, the deer became pretty much landlocked on our farm and began munching on our bounty and bushes.

Several months ago, on a nutritionist’s suggestion, I took to drinking my kale. I’ve allotted lots of fridge space to fresh fruits and veggies through the years but it often involved cooking and serving them on a plate or in a bowl. Now, I toss it all in my Oster blender, hit purée and have a half-gallon of funky colored smoothie to graze on all morning. My blender, by the way, does a great job so I’ve yet to invest in a five hundred dollar whopper-chopper. The last juicer I spent oodles of money on was such a pain to clean, so I’ll stick with my rinse and go blender for now.

Lots of foods went into this morning’s breakfast. A year ago, I hardly knew some of these  items were people food: Almond milk, kale, gogi berries, oats, chia seeds, hemp, slivered almonds, pineapple, watermelon, blueberries, vegan protein powder, coconut butter, and avocado. Also, water and crushed ice so I don’t need a spoon to eat my drink. This combination is sweeter than usual because I used up some extra fruits bordering on that dreaded “sell by” date.

I’m a smoothie novice and enjoy trying different combinations but I probably end up drinking too many calories sometimes. I’m scheduled to see another nutritionist recommended by my lipidologist, which means in this case, a cardiologist who specializes in cholesterol management. I didn’t know such a specialty existed. I hope to learn how to improve upon my dump and blend method.

I wish I didn’t have to admit my lab results show my numbers are still out of whack with a severe diet change and it looks like heredity is not in my favor. Statins don’t agree with my knees so I’ll keep working at the diet and exercise approach, especially since the skin on my hands and arms looks less crêpey, my IBS is under control, my knees work better, and I have more energy than I’ve had in years. My concoctions are like ugly, tasty, energy drinks. No Red Bull for me. I’m drinking my kale.