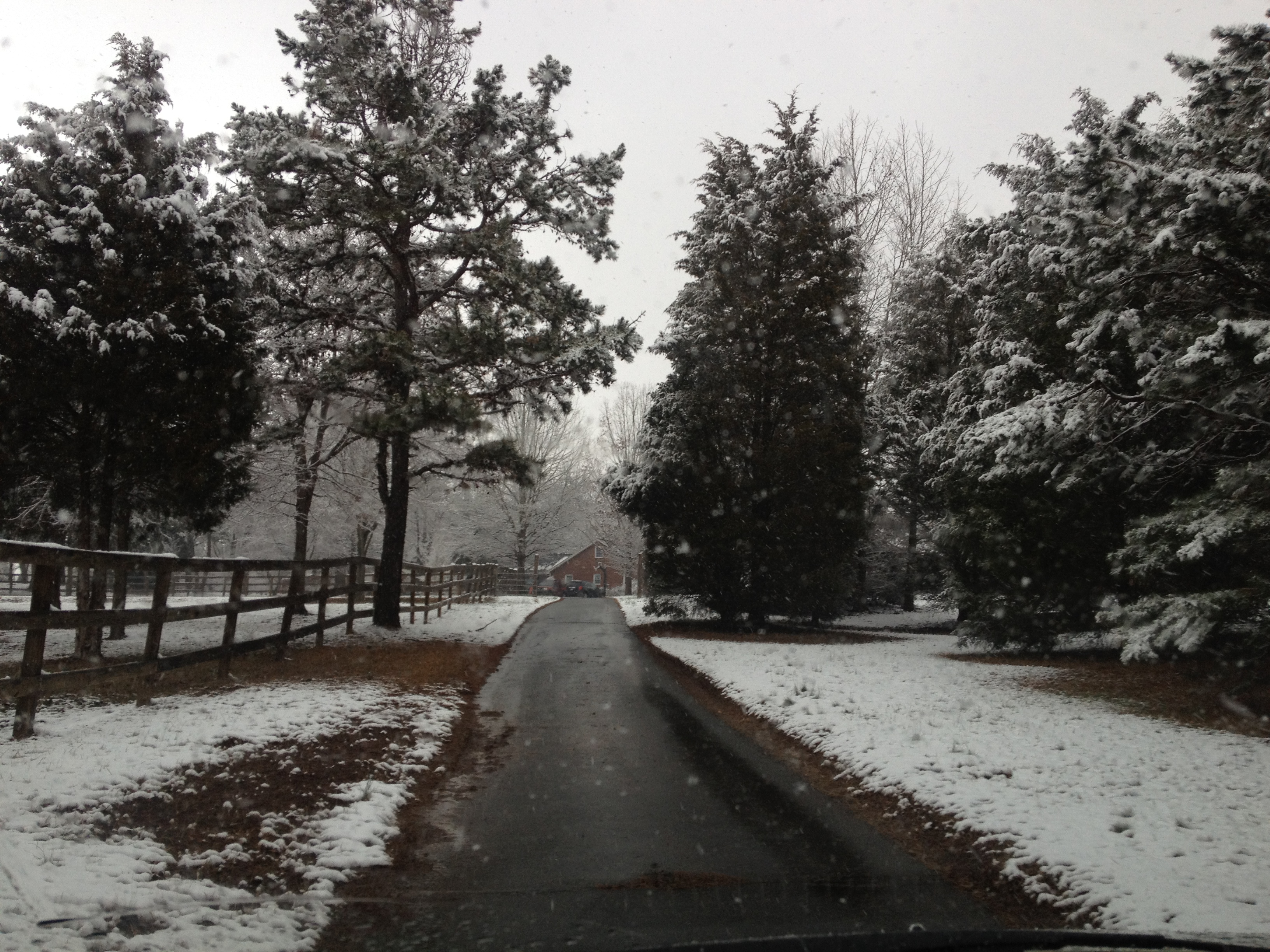 I don’t know why, but the day after our mini blizzard, which in North Carolina can mean an inch or two of snow and ice, there was a roll out garbage and recycling bin phenomenon. It was the first day of clear roads after our little snow-event- extended weekend, when on my morning walk I noticed all the trash cans and recycling bins lining the streets were chocked full and overflowing. Almost like the week after Christmas. The recycling bins were especially bulging. Cardboard and crushed up boxes crammed and stacked so high, the lids were left dangling to the back, unable to close.

I looked for a pattern as I passed our neighbors’ houses and wondered what do people do on snow days to accumulate so much cardboard and recyclables. Do they clean out the garage? Do they clean out their attic? Drawers and closets? Or do they finally get around to opening the Christmas gifts they don’t actually need or want or are mere oddities.

Like my shiny red mixer, still inside the untouched box FedEx delivered it in. I’ll need it when I need it but since I haven’t yet, it remains box-bound. One of the neighbors’ smashed boxes once housed a waffle-stick maker. Another once held a holey meatloaf pan with a grease-drip trap underneath. Wonder what’s deeper in the bin. Boxes from a snow cone maker, a cotton candy machine, an electric cheese grater, maybe?

Curious but not enough to dig through people’s bins, sticking out the top of one, I spied long rolls of decent-looking wrapping paper and a fat roll of snowflake decorated duct tape on the curb below. I have to admit the thought crossed my mind to snag those items if I walked by there again. Another can was filled with large chunks of foam like what’s inside a cushion. Interesting. Wonder if the dog ate it.

By the time I decided to adjust my walking route to pick up the duct tape that still lay in the gutter for two more days, it was gone. Darn. Maybe I’ll see something fun after the next snow days.

Now that I’m thinking about this, maybe I need to check out my own appliance graveyard and pawn our unused items off on our kids or Goodwill.

Maybe I should consider cleaning out a few closets and drawers of my own during the next snow days. Nah, I’ll keep taking snowy hikes with the family, relaxing by the fire with soup and coffee, and letting the clutter build up. But only a little, like our North Carolina snows.