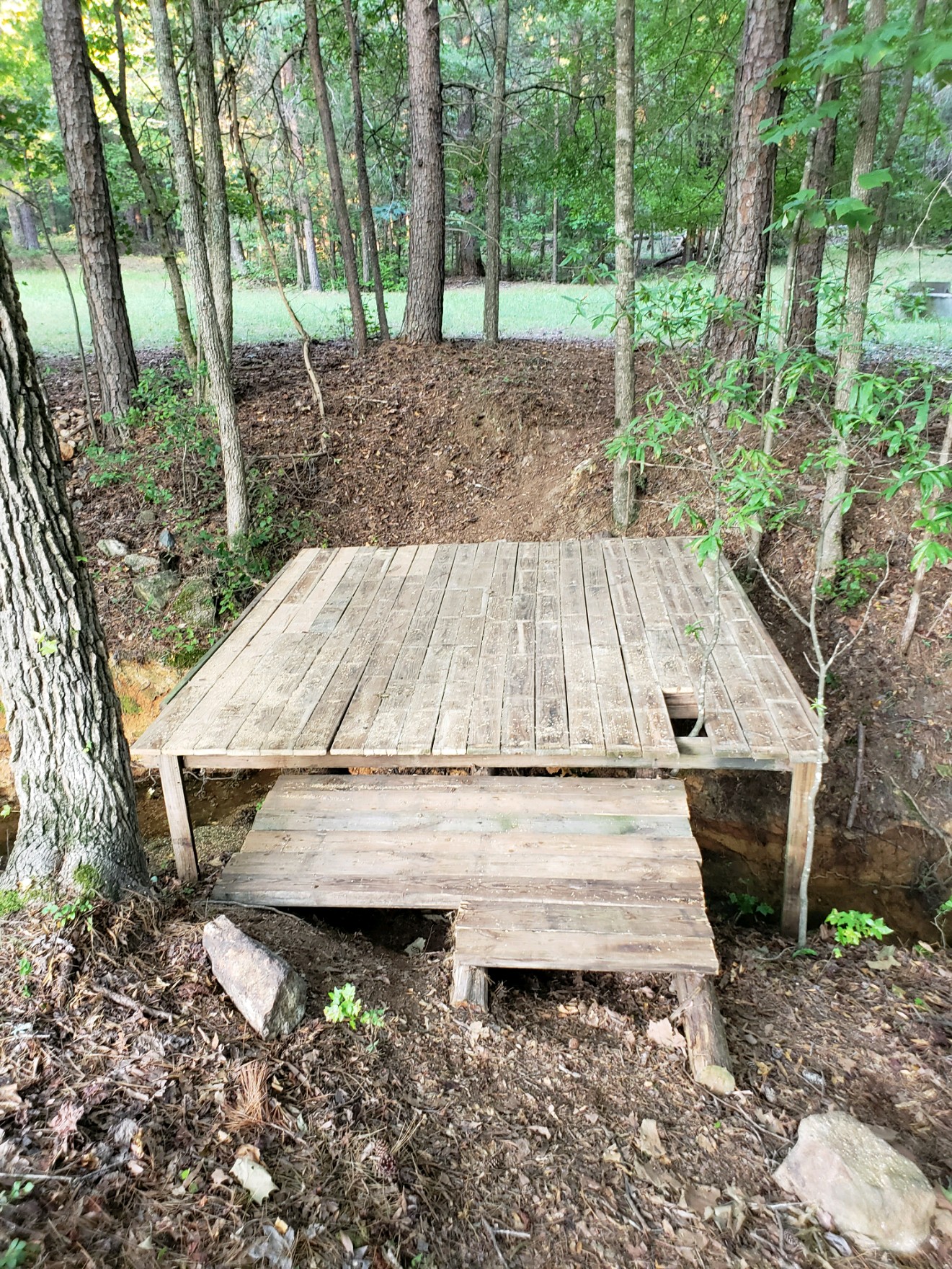 After seeing our empty-nester treehouse come down last week, many people from all around shared how they felt the pull of childhood fun coming to an end. End? Never! Transform, yes. We live by rules such as Waste not, want not and all kinds of cliches like that. As we will one day transform like a twinkle of a star, so did Mr. Treehouse. Thanks to Dan the man and his buddies, John and Zane, within forty-eight hours, Mr. Treehouse became a new plaything for young and old alike. He is now useful for woods-walkers who no longer climb like squirrels. On morning walks, I’m sure we’ll enjoy parking on the planks to watch nature more often on Mr. Bridge than we would in Mr. Treehouse. Just because we used-to-could, doesn’t mean we should, right?

So now, for your viewing pleasure, meet Mr. Former Treehouse Now Bridge Patio Thingy. Yes, that’s a long name but just go with it.  We look forward to many years of lounging, dancing, camping, and picnicking on his new form. It’s almost like he had plastic surgery, only for free and without pain medicine. It’s all good. Don’t be sad. He’s pretty happy with his new snazzy self. So are we. Picture lying on a sleeping bag, listening to crickets, frogs and the stream running underneath you. Sounds delightful. The adult kids may never sleep inside again.