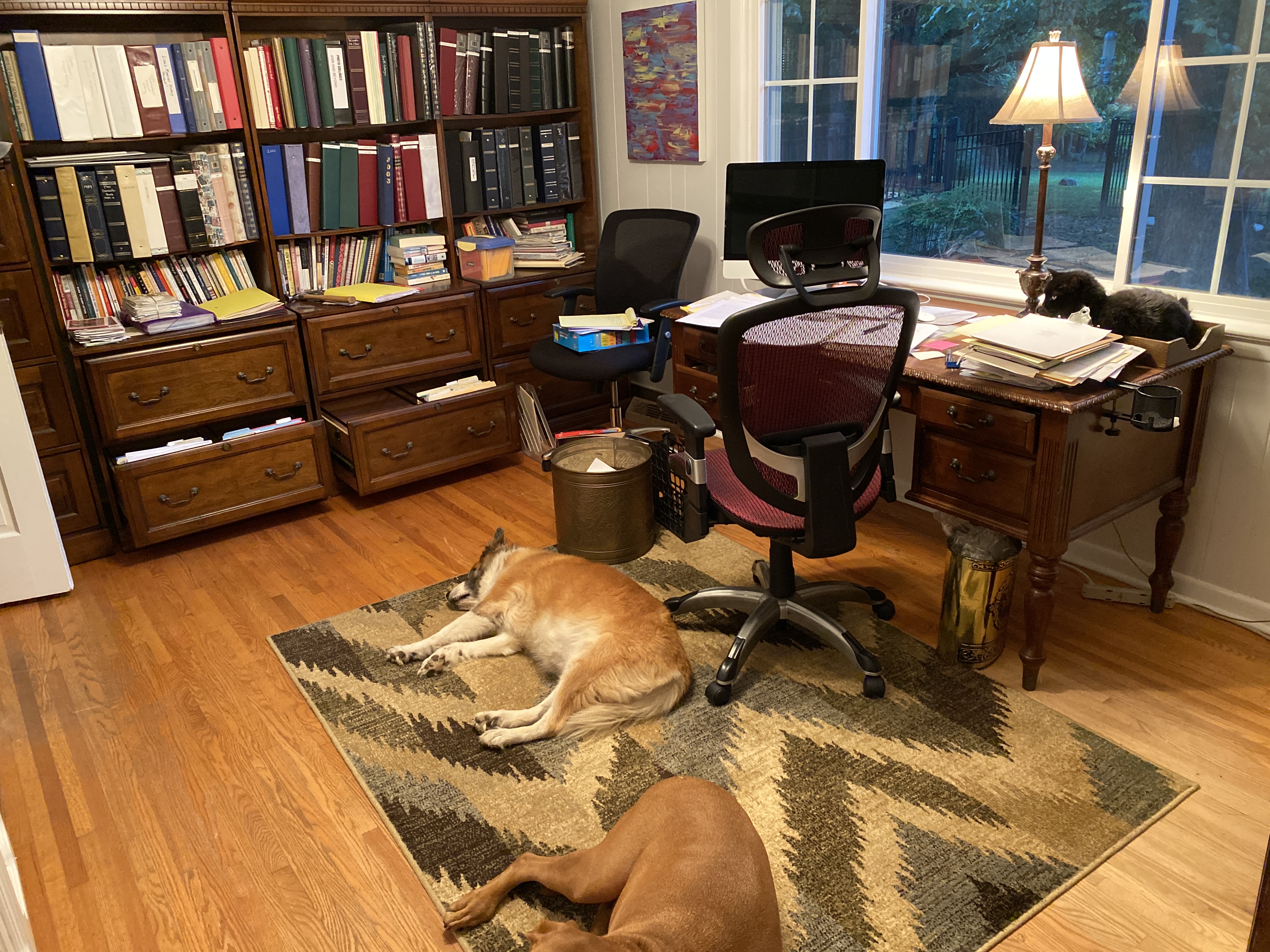 Give Me Paper and a File Cabinet by Lisa Batten Kunkleman

I’m trying to understand this trust in technology embraced the world over. As I type, my curser is doing a weird flicker and the beachball of death pops up to taunt me every once in a while. Even with all the apocalyptic movies out there providing ample warning that our power grid could disappear the moment the first aliens arrive, I know plenty of highly intelligent people who have all their documents, photos, emails, videos, and work on The Cloud. Really? Why?

I don’t even trust that electricity will always be there when I need to charge my phone or the internet will work at my house, for crying out loud. Our home internet has given me plenty of reasons to be skeptical. Have you ever experienced a flood or hurricane, or a big ice storm when the power goes out leaving stores unable to function without their high-tech cash registers? Banks that can’t operate without their computers? Street lights out, disabling drivers? Even a fallen tree branch on a power line can send whole neighborhoods into a helpless frenzy. Especially during quarantine when so many kids must do online school and those fortunate to have a work-from-home job are left to find wi-fi out in the scary, germy world.

So, have you given any thought to your medical records? The information we don’t think about until we need the backstory of a condition when it rears its symptoms again? I love trees as much as anyone, maybe even more than many but I do not scrimp when it comes to paper copies to refer to when the storms of life interfere with the world wide web. I learned too late of medical records that were purged after sitting around dormant for years. I may never know the details of my urology visits in years of yore if I were not such a journal keeper. It might take a little searching but I’m pretty sure I can find that information should another urologist need the origin of issues in that area.

I’ve learned to be wary of my on-line medical records as I’ve found far too many errors keyed in accidentally, perhaps by a typist squinting at a doctor’s abstract scribble or words of dictation that make absolutely no sense. I’m giving data input people a little slack even though I’ve been labeled with high blood pressure when it’s actually low, and with a terminal cancer nobody has ever heard of. Not even my doctor. That one could explain some insurance approval issues a while back. I don’t suppose the rumor of my demise on my son’s medical record helped with that either. Yep. Sam’s record said I was deceased. On my cardiac record, I discovered that I’m not sexually active. Who decides that? Is there a cut off due to age, or record of menopause, or perhaps it’s a visual decision of a patient based on graying hair or spare tire? I’m a little offended.

Thanks to incorrect records, computer crashes too many times, and living through a few natural disasters, I’m a backer-upper in the extreme. I share photos and old letters with people who might care, and store duplicates of important papers in separate locations, just in case. Because you never know. Don’t you love those cliches? Well, they’re pretty accurate. I don’t want to ever say, we lost all our photos or irreplaceable things. And so, I let my slight OCD tendencies guide my preservation instinct.

Often, I think I’m the only paranoid person who backs up life on flash drives, external hard drives, and on paper. I know that storage space is valuable both in a computer and physically in a home or office. I realize with our big old rambling farmhouse that my husband grew up in, I am beyond fortunate to have an office lined with file cabinets. Family history, medical records, normal people records, and my writings are filed with precision as paper backups of our entire lives.

When my husband and I leave this earth, our kids will be so grateful. And their medical records? I’ve made four giant notebooks of the highlights of their health journey so they can take it to appointments should the need ever arise to know what happened before they were old enough to remember or care. I can just see it now. They’ll say a prayer of thanksgiving for my being so thoughtful.

Ha ha. Just kidding. I know they’ll look for all the life insurance and bank records and probably recycle the rest so they can sell the file cabinets but I’ll be in heaven so what will I care? Won’t they have fun reading my journals to find out which of the four kids was my favorite? Maybe I’ll start a rumor saying they’d better look closely at each journal and document as there might be clues to a treasure hunt. If they fail to read carefully, they’ll never find where we hid the real treasure. Sweet. I’m going to get right on that since we never know what life holds. I only know that my life holds lots and lots of paper.