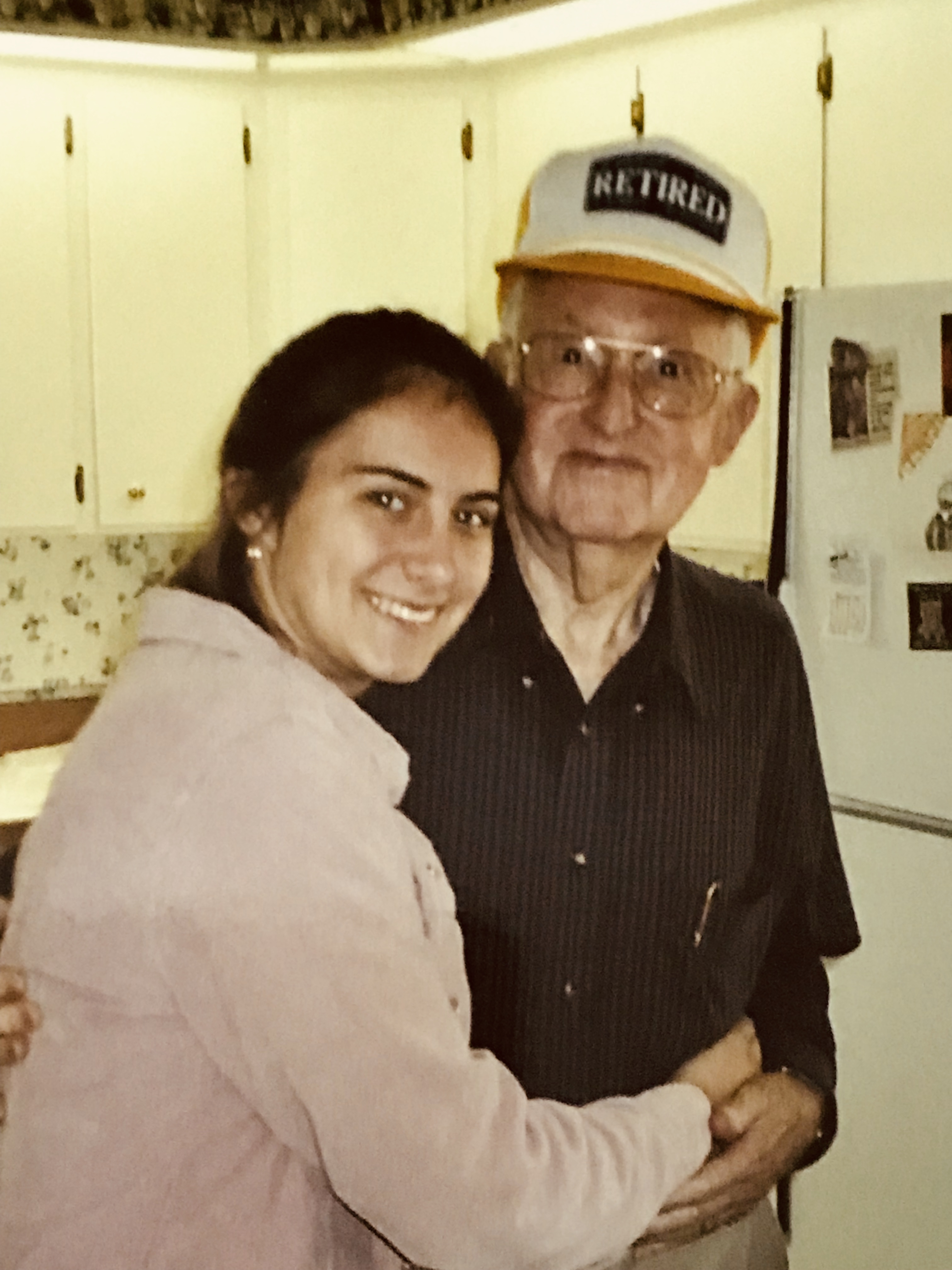 Pre Speech Aphasia Comedy Storytelling: Daddy Was a Talker and Would be 93 Years old Today

Before strokes and who-knows-what caused speech aphasia leaving Daddy (Papa Carl) with only about twenty-one words, he was a funny fellow. Downright embarrassing to his wife and kids at times with his humor. He liked to watch us squirm.

A salesman with a women’s apparel and shoe business, and a talker, he was energized by an audience, especially when it included his grandchildren. This video treasure from 1995 popped up from my archives and I just had to share it. I’ll call it:

I say, “While you’re standing there, tell Danielle the story of Snow White.”

“And so Huckleberry Finn and Tom Sawyer and Goldilocks and the Little Red Hen, they all got together and they had a celebration.”

Danielle says, “That isn’t it. Tell me the real thing.”

Mama Lois says, “You don’t like this version? Well let’s hear the end of this version.They had a celebration.”

Papa begins again, “And Paul Revere came down. He came by on his horse. You remember Paul Revere and his ride? Listen my children and you shall hear the midnight ride of Paul Revere. On the 18th of April in ’75, hardly a man was now alive. Dodoodle lay. (a little dance move by Papa)

Mama Lois asks, “Did they find the seven dwarfs somewhere?”

“They didn’t ever find the seven dwarfs but they found Rudolph, you know the one that was kin to Santa Claus. And he had, he had a red snout or something.”

“And Santa Claus says, ‘I won’t bring you any vegetables.'”

Papa Carl says, “Cause you, you look like you’re healthy enough Rudolph, with that big red snout.”

The good news: that granddaughter, our daughter Danielle Todys,  was inspired by her grandfather’s loss of speech, to become a speech therapist.  Also inheriting his salesmanship and love of pretty things, she’s also a jewelry designer and businesswoman. http://www.Woodlandwraps.com . She had wonderful inspiration. He used his few words to make people smile until he went on to entertain in heaven. There’s more to this fractured fairy tale but that’s enough for today.

13 thoughts on “Pre Speech Aphasia Comedy Storytelling: Daddy Was a Talker and Would be 93 Years old Today”